Immortal bandit Captain Juro Jánošík! A contradictory figure in Slovak history, whose fame has not faded even after 300 years. Even though his life ended up completely infamously in Mikuláš! Why? There are several "whys" in his story. Let's answer them in order:

WHY was he executed in one of the most disgraceful and cruel ways of execution - by hanging on a hook through his left rib?

It was a warning for everyone! So that no one will even think about the career of a brigand. Jánošík was executed on March 17, 1713 at the Šibeničky execution site in Mikuláš. Fortunately, today there is no sign of it, as the last brigand was beheaded here almost 200 years ago. However, Jánošík's execution is commemorated by a monument whose dominant feature is an almost four-meter replica of the gallows and a relief of Jánošík. If you choose to look for this place, it is located about 2.5 km east of the historic center,  opposite the Liptovská Mliekáreň (dairy company) at 1. Mája Street 124. 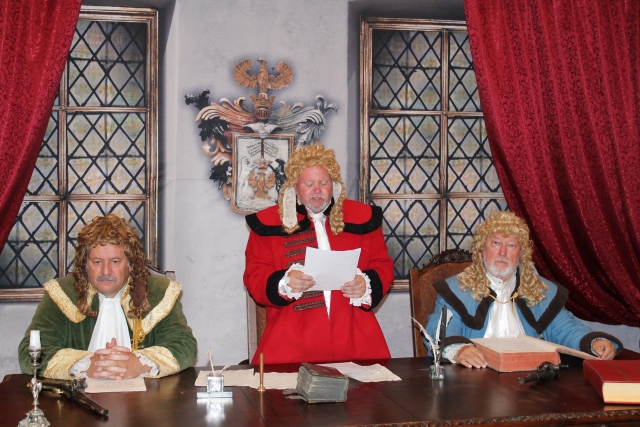 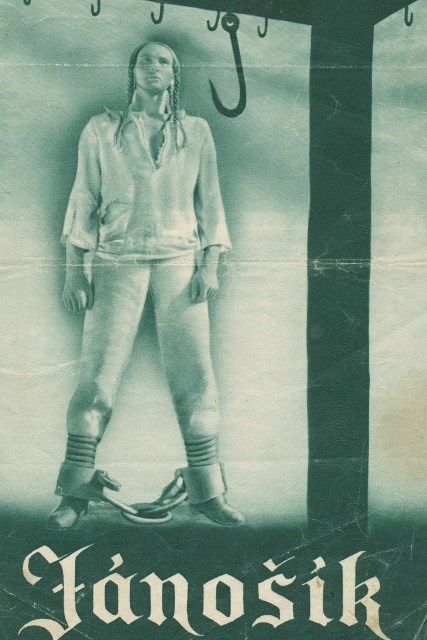 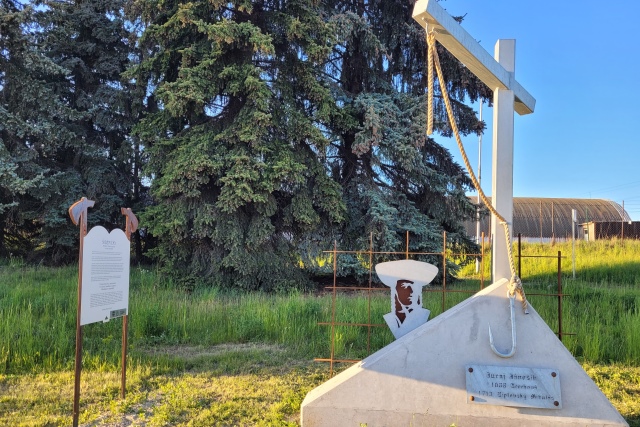 ​WHY was he executed in Liptovský – that time – St. Mikuláš?

After all, he was born in Terchová (in 1688) and robbed almost across all of today's Slovakia. The matter is as follows - not far from Mikuláš, between the villages of Východna and Važec, Jánošík robbed Countess von Schardon and she demanded financial compensation for the robbery from the Liptov County (then a state administration institution). Then the Jánošík´s retinue attacked Lord Zmeškal in the Liptov area, and so the effort of Liptov County to catch Jánošík was even greater. The county finally succeeded and Jánošík was imprisoned in Vranovo Manor House.

WHY did they choose Vranovo Manor House?

For a simple reason. He got into a prison from which there is no escape. Accessible only through a hole in the floor of the guardhouse. The manor house has been preserved. You can easily find it in the town quarter of Palúdzka, about 2 km west of the historic centre. The inscription on the manor house “Jánošíkovo väzenie” (Jánošík´s Prison) is unmissable. Another unmistakable sign that you are in the right place is a lifesize statue of Jánošík in front of it. The manor house is currently a private property, so at least you can enjoy its architecture. There used to be an exposition of Jánošík´s traditions in its premises, but it was re-installed in the First County Hall where the Janko Kráľ Museum is now located. 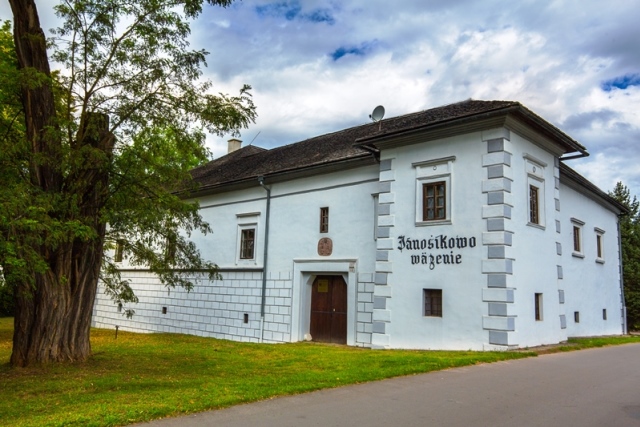 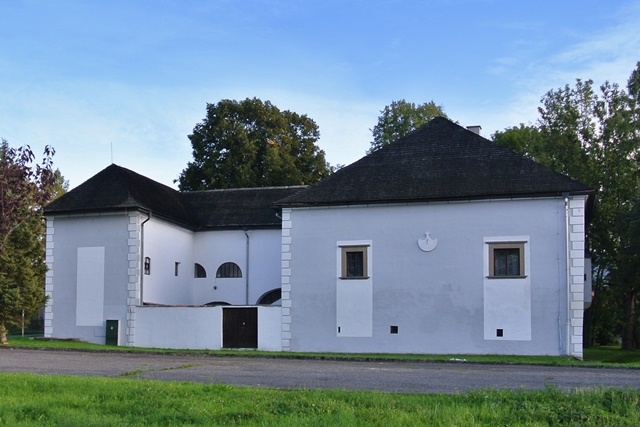 WHY is an exposition about Jánošík in the First Countyhall?

Most likely, Jánošík´s death sentence was handed down in this building. Before his deportation, Jánošík underwent torture, which was a common practice at the time. Everything he endured can be seen in the Jánošík´ s Torture Chamber exhibition. The second exhibition is an interactive Jánošík´s Courtroom, where you can become a judge, put on a period robe, sit down at a large judge's table and, from a position of power, apply ruthless laws from three centuries ago. Or play the role of theconvicted and experience a feeling of helplessness as your hands and feet are gripped by cold metal hoops of the torture rack. Equally scary is the sharp hook of the gallows. All these period props are a great background for non-traditional photos that you can take here. Both exhibitions are located in the Janko Kráľ Museum on the square of Námestie Osloboditeľov (Liberators Square) in the historic centre. 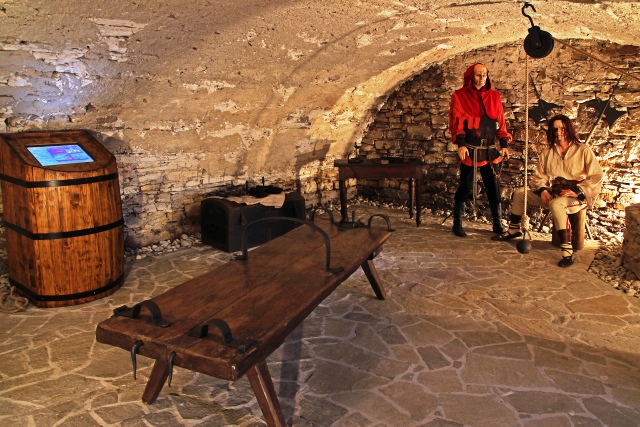 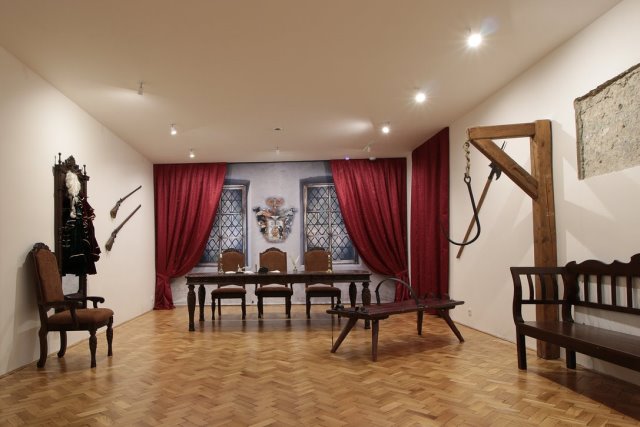 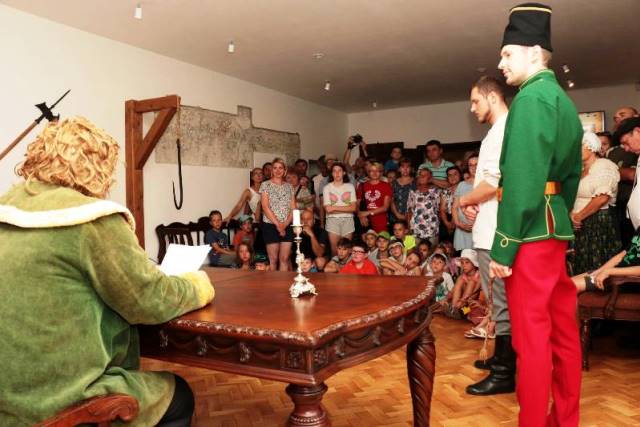 Why not follow in the footsteps of Juraj Jánošík and visit the real places that are associated with him in the online tour route THE JÁNOŠIK'S JOURNEY? It's easy, just have your mobile phone with you and the journey can begin! 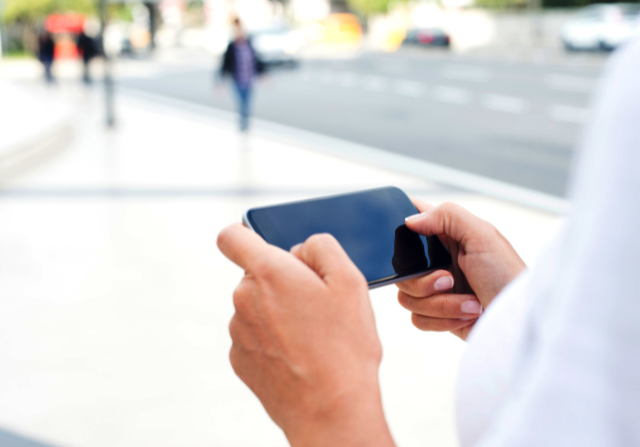 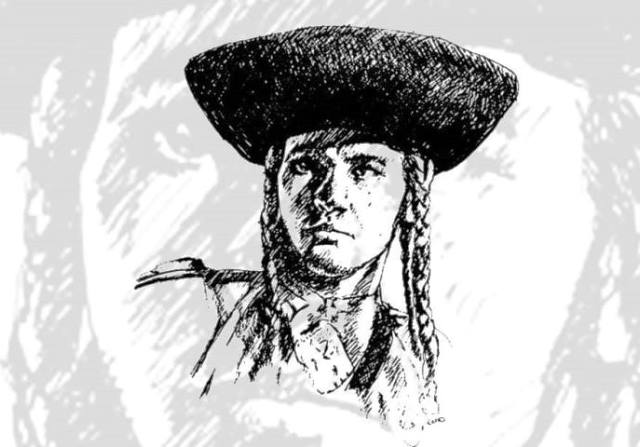 And why not take away the memory of Jánošík – a souvenir like Jánošík´s ducat, magnet, bell or shepherd's crook?

⇒ Photo above: shot from the film Jánošík from 1921, which was the first Slovak feature film.
Should you have any questions, contact the INFORMATION CENTER of the town Liptovský Mikuláš. We will be happy to advise you and provide you with free promotional materials.