Art at every step

Some works of art in the town are unmissable, others less inconspicuousbut often with an interesting story and an even more interesting author. Many of them, despite the wounds of fate and unfriendly living conditions, created masterpieces that are recognised and admired far beyond the borders of Slovakia. You can see them in galleries, museums, public spaces and parks. Either disquieting canvases by Koloman Sokol, sophisticated portraits of P. M. Bohúň or Štróbel's statue of Our Mother registered among the most perfect statues in the world. You will definitely remember revolutionary poems of tumultuous poet Janko Kráľ, gentle poems of Mária Rázusová-Martáková or melodic songs of Dušan Pálka, which you have certainly heard and may not even know, who is their author. By the time we reveal the most resonant names and look for their artistic traces, we will shed light on one of the most monumental works of art in the historic centre, The Tribute to Creative Thinking. It is part of the Fountain of Metamorphosis, the upper radiant blocks of which bear the symbolism of the passage of time, new ideas and inspirations, ... On the lower blocks of dark granite there are engraved he names of important Mikuláš´s natives, including artists. 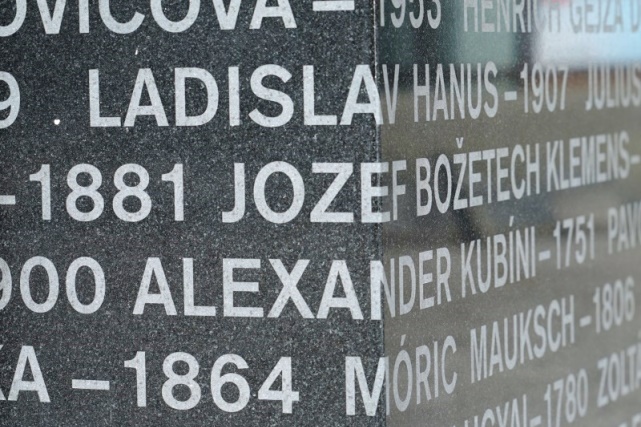 ARTISTS COMING FROM LIPTOVSKÝ MIKULÁŠ AND THEIR WORK

the leading representative of Slovak and Mexican graphics, revered by Pablo Picasso himself. In his work, he focused mainly on social motives - hunger, poverty, begging, emigration. Although he is one of the most important Slovak painters, he lived modestly, he was not interested in fame, honours or appreciation. Towards the end of his life, he generously donated 48 masterpieces to his hometown, which are installed in the gallery of the same name. There you can also see personal items and photographs of Maestro Sokol.

the founder of the Slovak realistic portrait was born in the village of Veličná, Orava region, but he also worked in Liptovský Mikuláš. Despite his turbulent fate, he painted perfect portraits of burghers and nationalists, altar paintings, and created cycles of costumed Slovaks. In Mikulas, he worked for almost 11 years as a teacher at an evangelical school, the premises of which now host a gallery bearing the name of this artist. It is the third oldest gallery in Slovakia, and in five permanent exhibitions you can see old art and excellent artworks of Slovak artists - Klemens, Skutecký, Medňanský, Fulla, Benka, Galanda, Hložník, Bazovský, Šimerová, Martinček, ... And of course, the work of Peter Michal Bohúň in a separate exhibition Bohúň´s Hall.
The gallery along with the evangelical church and the old parish form a charming square, which attracts to stop for a moment. This place is also attractive for six statues. One of them captures the image of Peter Michal Bohúň, the other two are from the workshop of the extravagant Hungarian sculptor Alojz Štróbl, a native of nearby village of Kráľova Lehota.

although people around him were often surprised by his behaviour (e.g. when he, wearing peasant’s shoes and a shirt, set out on a trip to Rome to copy Michelangelo's statue, or when he accompanied processions in historical costumes), his work was brilliant. His statue of Our Mother situated at the entrance to the gallery was inscribed among the most perfect statues in the world. In front of the gallery, there is a bronze casting and the marble original is part of the permanent exhibition at the Hungarian National Gallery. The sculpture is an expression of the artist's boundless love for his mother. Equally perfect, albeit with a completely different theme, is his second sculpture installed in front of the gallery - Wounded Wild Boar. Štróbl is the author of more than 600 sculptures and works of art. He was such a brilliant artist that he, as the first Hungarian artist, was allowed to make a statue of Emperor Franz Joseph. 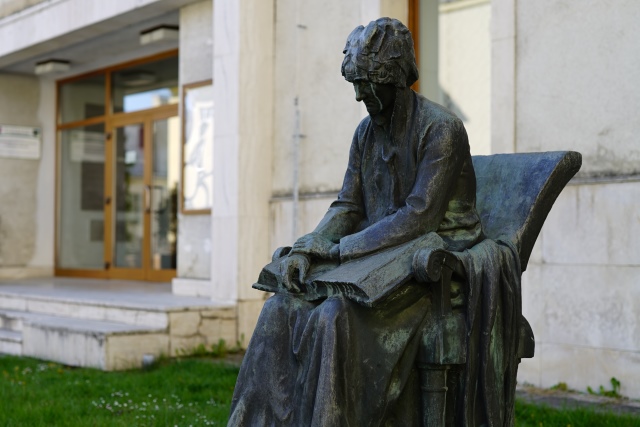 the founder of Slovak art modernism painted Slovak landscape, scenes from folk myths and legends. Thanks to him, Bratislava Castle rose from the ruins and in Liptovský Mikuláš he was credited with saving the Pongrác Manor House. He also participated in the restoration of the St Nicholas Church, where he painted a choir and created sgraffito in the side chapels. Along with painters Jan Želibský and Fero Kráľ, he designed stained glass windows. Fero Kráľ also modelled a relief with an artistic depiction of the town origins and it was carved in stone by František Šustek. The relief depicting the figure of St. Nicholas is located above the main entrance to the church. All this took place during the extensive reconstruction of the church in 1941 – 1943.

academic painters and brothers, whose work is presented by the private gallery Rumanský Art Centre near the historic centre of the town. Ivan Rumanský was a sensitive painter, sketch artist and graphic artist. Igor Rumanský devoted himself to graphics, illustration, postage stamp design and ex libris. Many of us have no idea that those tender illustrations in many of Rúfus's poetry collections are the work of this artist.

both painters (father and son) were finding inspiration in the landscape of the Liptov region. Pavol Petráš senior is the author of monumental stone mosaics and wooden sculptures. One of them is installed near the Information Center. Pavol Petráš junior created an impressive cycle of portraits of personalities of the Slovak nation. If you are interested in their work, you can view it in their private gallery in the Palúdzka town district. 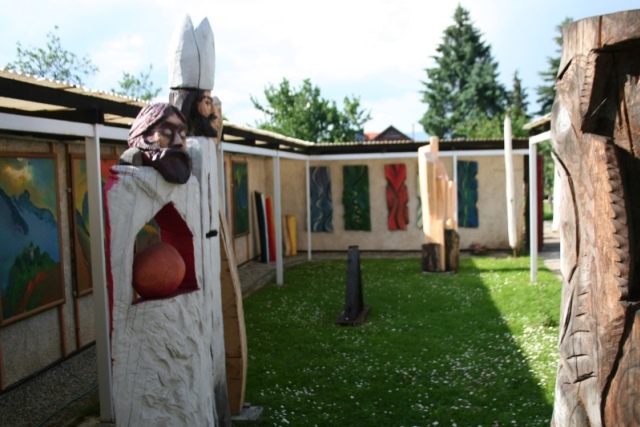 the genius poet of the Štúrs´ generation. Who wouldn't know his “Duma Bratislavská”, “Výlomky z Jánošíka” (Fragments about Jánošík), the romantic ballad “Zakliata panna vo Váhu” (Enchanted maid in the River Váh), and “Divný Janko” (Strange Johnny)? He was one of the first to write in the modern Slovak language (the Štúrs´ language). His poems are very emotional, full of revolutionary views. And not just poems. For spreading revolutionary ideas, Janko Kráľ was imprisoned and threatened with the death penalty. It was turned into a torture prison at the last minute. The details on his statues in the historic centre - a pistol and a sabre - also refer to his rebellious nature. He also had his whims and moods in his private life. For example, he did not want to be photographed or painted, so his portraits were based on the imagination of artists. However, one photograph has been preserved, in which the poet and his wife might be. Today, this photograph is exhibited in the Janko Kráľ Museum as part of an exhibition with poetic furniture. Although there are several empty places in the life story of Janko Kráľ, you can learn many interesting facts about him just in this museum. For example, the fact that he followed the footsteps of Janošík, studied his court writings and even made an excerpt of Jánošík´s interrogation.

they came from Vrbica, now one of Liptovský Mikuláš´s districts.
Martin Rázus (1888-1937) – he was a priest, politician, poet and writer. Among the general public, his most famous works are novels for youth: “Maroško” and “Maroško študuje” (Maroško´s studying), which have also been adapted for film.
Mária Rázusová-Martaková (1905-1964) – she was a teacher, translator, editor, but mainly an author of children's poetry and prose. After all, who wouldn't remember the poems “Zatúlane húsa” and“Môj macík” (Wandering Goose and My Teddy Bear)?
Their birth house, where you can read their books, watch the films about Maroško boy and view family photos, has been preserved until today. The house is surrounded by Maroško´s Garden. Parks in the town are named in their honour and in the Martin Rázus Park, there is also a monument commemorating the great personality of the town. 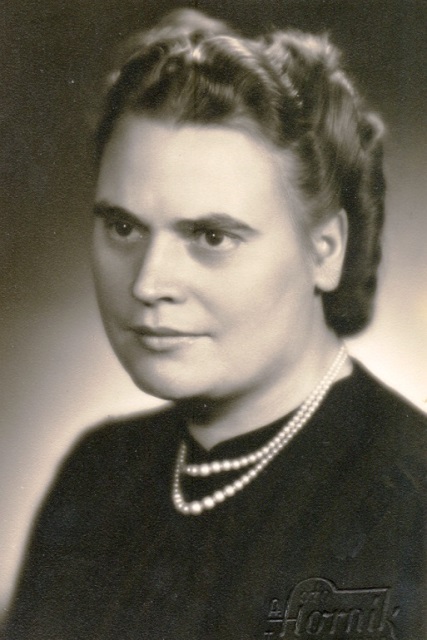 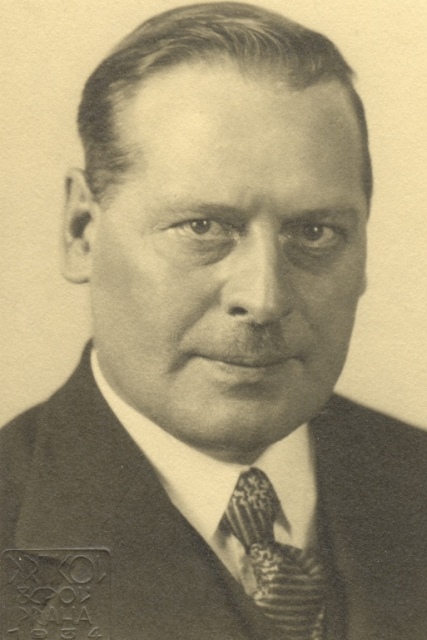 the founder of the first Slovak public library (1829) and the first Slovak amateur theatre (1830). Both of these important events for Slovakia took place in Liptovský Mikuláš. The library was opened by Belopotocký in his house and the first theatre performance – today the famous „Kocúrkovo“– took place in the Čierny Orol (Black Eagle) Inn, which is currently declared a National Cultural Monument. A commemorative plate in the entrance area reminds us of the event. Belopotocký was not only a theatre actor, but also a bookbinder and bookseller, who distributed Czech and Slovak books almost throughout the Slovak-speaking territory of Hungary. The patriotic calendar, he had published, was at one time the most widespread book in Slovakia. It was intended for ordinary people to find practical advice to make life easier as well as texts to support national feeling. Belopotocký´s statue stands at the St Nicholas Church. As usual – with a book in hand. You can learn about the life destiny of this versatile personality from the statue pedestal. 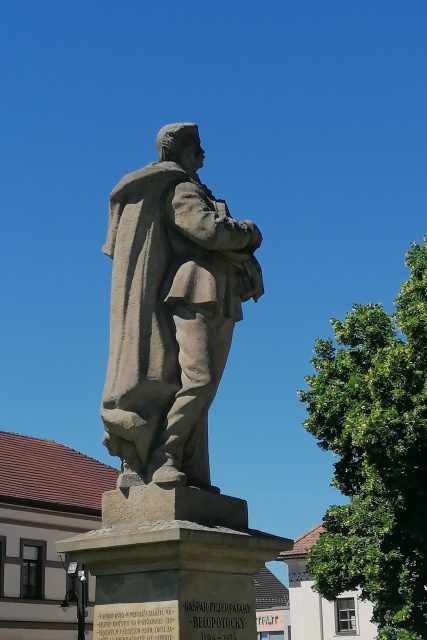 the music composer and founder of Slovak national music. He is the author of the famous opera “Kováč Wieland” (Blacksmith Wieland) indicated by some sources as the first Slovak opera. However, it was written in German on Germanic motifs and thus it was not accepted by the public. Bella composed chamber music and church music. His birth house with a memorial plaque is located next to the St Nicholas Church, on the main square. 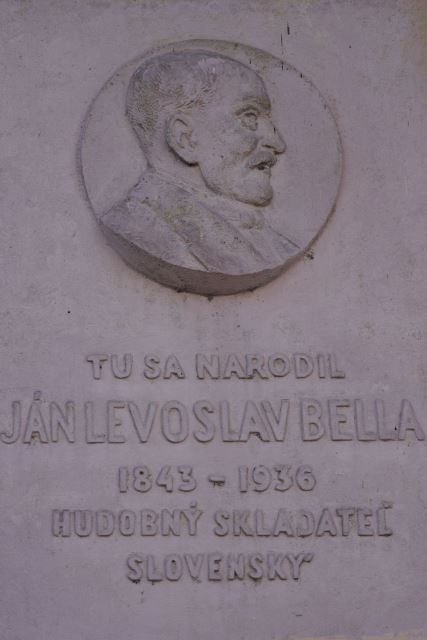 the author of the first Slovak tango “Nepovedz dievčatko nikomu” (Girl, don't tell to anyone). Along with tango “Dita” by Alexander Aranyos, this song was released in 1934 as the first vinyl record with Slovak songs. Have you sung evergreens like “Ešte raz ku tebe prídem”, “Prečo sa máme rozísť”, “So slzami v očiach”, “V Tatrách” or “Nauč sa to odo mňa?” (I'll come to you one more time, Why should we break up, With tears in my eyes, In the Tatras or Learn from me)? They were written by Dušan Pálka. 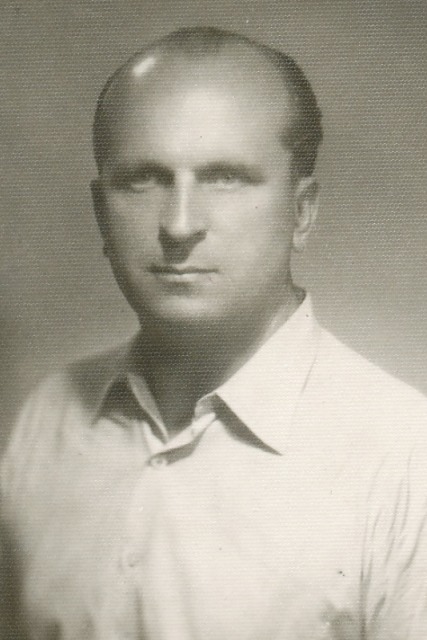 These are just some of the personalities of art presented according to the area in which they created. But there are many more. In order not to miss any interesting information about Mikuláš´s artists and their work, book a guided tour with a tourist guide. If you decide to discover art in Mikuláš yourself, you can visit the historical centre with monuments such as Fountain of Metamorphosis with the work Tribute to Creative Thinking, the St Nicholas Church with statues of Janko Kráľ and G. F. Belopotocký, the Koloman Sokol Gallery, the Janko Kráľ Museum, and the birth house of Ján Levoslav Bella. Continuing along the street of Ulica 1. Mája (Street 1. Mája), you will come across the national cultural monument Čierny Orol (Black Eagle), and along a discreet alley of Tranovského ulica (Tranovského street) you will reach the Liptov Gallery of P.M.Bohúň. Here you will find statues of P.M.Bohúň, Our Mother and Wounded Wild Boar. Outside the historic centre, there is the birth house of the Rázus´Family, the Martin Rázus Memorial and the park of the same name, as well as the Mária Rázusová-Martaková Park, the Rumanský Art Center and the P&P Petráš Gallery.
In short, art can be found at every step in Liptovský Mikuláš!

Should you have any questions, contact the INFORMATION CENTER of the town Liptovský Mikuláš. We will be happy to advise you and provide you with free promotional materials.