On the hill Háj, which is one of the most beautiful viewing points in Liptov, there is a cultural and natural recreation zone. Unrepeatable views of the scenery of the surrounding mountains, water surface of the Liptovská Mara reservoir and the town itself are an emotionally powerful experience. The locality of Háj-Nicovô, which is included among protected areas, is also sought after for the surrounding beautiful countryside, wide range of sports and military history. Near the forest park, there is a regional bike trail and the first ecological Slovak shotgun range Liptov. 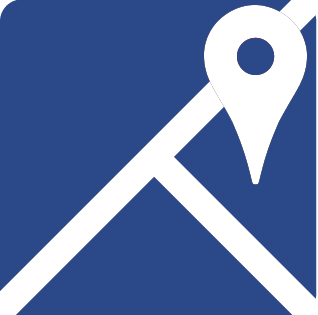 Háj-Nicovô Forest Park is located on the northern outskirts of the town. It is accessible along the road Cesta generála P. Kunu (Cesta hrdinov). We recommend that you take the nature trail Nature and Landscape, which starts right behind the railway crossing. It passes through the forest to the top of Háj, where it also copies the nature trail Military History. To get back, you can take the same route or the road „Cesta generála P. Kunu, which will lead you back to the railway crossing. Cesta generála P. Kunu is an asphalt road, passable for cars (it is allowed for vehicles up to 3.5 tonnes) and bicycles. It is often used by pedestrians. In winter, however, it is unmaintained. At the top of Háj, there is a large parking lot and a bicycle shelter. When you decide for the „Priroda a krajina“ nature trail, you can use the parking space in front of the railway crossing.
The Háj-Nicovô Forest Park is 1.5 km (about an 18-minute-walk) from the historical centre. If you want to shorten your journey, you can use public transport and get off at the bus stop Rachmaninovo námestie / Stop Shop, from where it is about 1 km to the railway crossing (about a 12-minute-walk).

From the top of Háj (748 m above sea level) you will have a circular view of the most beautiful mountains in Slovakia. Their ridges exceed 1,500 m above sea level. The High Tatras with the typical curved peak of Kriváň in the north-east followed by the Low Tatras which are slightly lower, and the Chočské Vrchy Mountains that complete the panorama in the north-west. The ridge of the Low Tatras rises in the south, behind which a part of the Veľká Fatra Mountains protrudes in the west. The town of Liptovský Mikuláš, some villages of the Liptov region, and of course the water surface of Liptovská Mara - the largest water reservoir in Slovakia according to the volume of water retained - are not to be missed. You can also enjoy endless views from the new amphitheater, which is located near the upper parking lot. 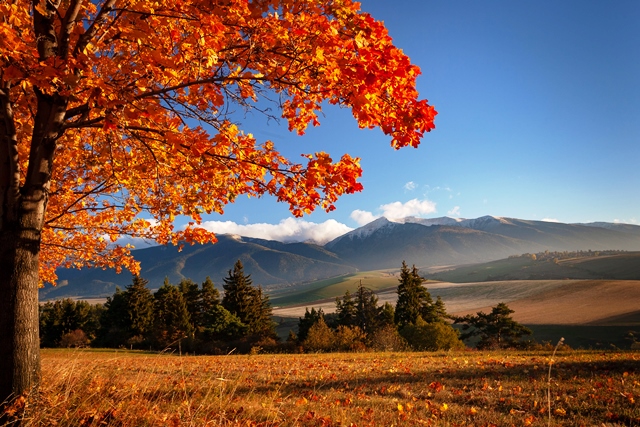 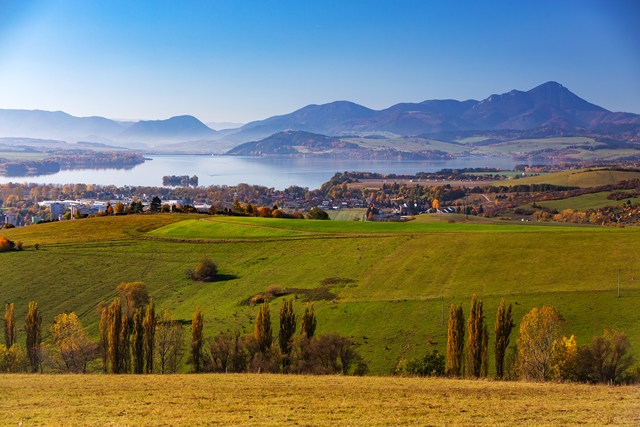 Nature trail NATURE AND LANDSCAPE AROUND US

Trail length: 1.3 km (from the starting point at the railway crossing to the parking lot at the top of Háj. You can return by the same route or along the road Cesta generála P. Kunu - 2 km)
Elevation: 140 meters
Attractions along the nature trail: a century-old poplar tree, an insect house, a flower meadow, a playground, and stairs of time.
The nature trail is focused on the protection of the local nature and its curiosities. It will take you back 45 million years ago, when the territory of Liptov was flooded by the sea, as evidenced by the findings of fossils. The ascent to the top of Haj is thus a walk through the deep-sea bottom. The area is a mixed forest and a rarity is the black poplar right at the beginning of the nature trail. It is more than a century old. A wild boar, a red fox, a tree squirrel, a forest owl, a great woodpecker, and a brown frog are typical inhabitants. The fascinating world of insects is definitely worth a look. You can also discover it in the insect house, which, including a flower meadow, is located about halfway along the route. A short walk away you will find a wooden playground. The nature trail at the top of Háj is completed by the stairs of time. They are an example of the profile of the geological subsoil of the Liptov Basin, part of which is also Háj-Nicovô. Descending the stairs, you will be pushed back 460 million years ago. The oldest rocks of Liptov - resistant granite rocks - can be seen today as the highest peaks of the surrounding mountains. From here you will have a unique view of them.
Map of nature trails: green route – Nature and landscape around us; red route – Military history

Listen to the audio guide:
The Liptov´s ancient underwater world
Through the deep sea bottom
Háj Hill and river artists
Centennial poplar tree and forest ecosystem
Varied flora
Mysterious life in the forest
Irreplaceable forest
Stairs of time - what we have beneath our feet 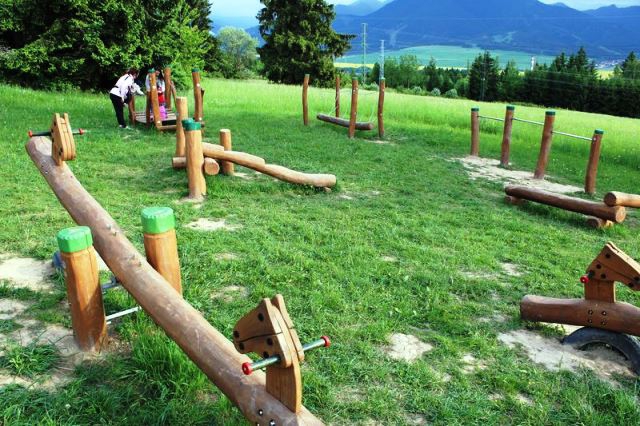 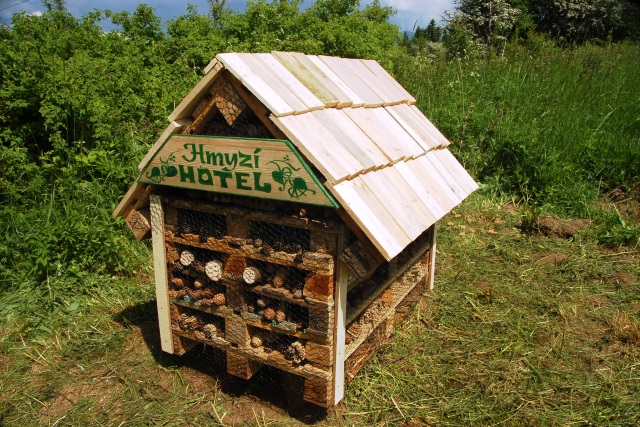 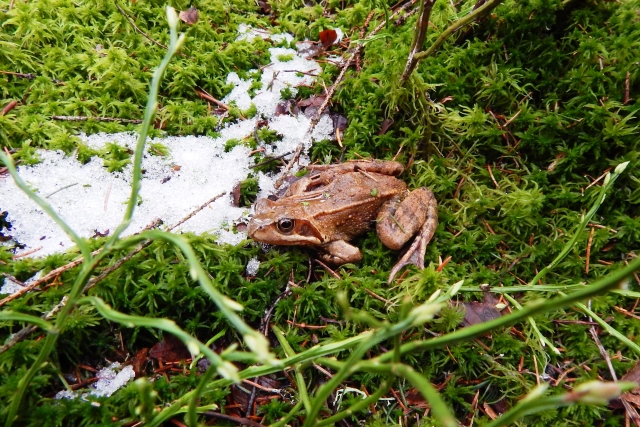 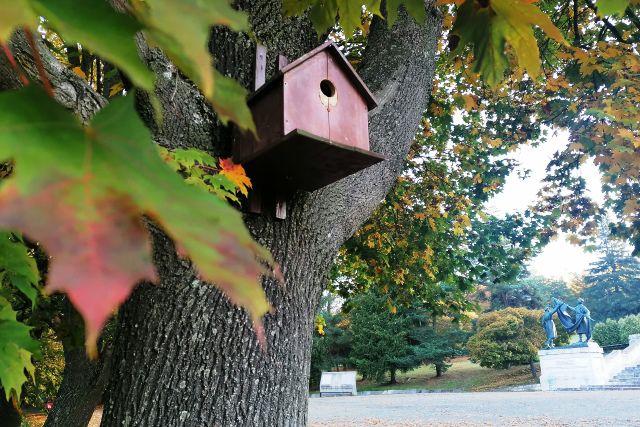 Trail length: 0.47 km (from the parking lot at the top of Háj to the Sacred Place)
Elevation: flat
Attractions along the route: The Sacred Place (Pietny Areál)
It documents the second most difficult battles of World War II in Slovakia, when there was a long 62-day-battle for the town of Liptovský Mikuláš. On interpretation boards you will find information about the fighting troops and weapons, but also about the restoration of the war-ravaged Liptov. The nature trail leads to the Sacred Place opened in 1961 with a memorial and the largest war cemetery of Czechoslovak soldiers in the former Czechoslovakia. It is the last resting place of 1369 members of the 1st Czechoslovak Army Corps, soldiers of the insurgent army and partisans. Since 2018, the Memorial to Modern War Veterans commemorates professional soldiers, who died while performing tasks in foreign missions and operations.

Map of nature trails: red route – Military history; green route – Nature and landscape around us
Listen to the audio guide:
Strategic dimensions
Troops in the battles for Liptovsky Mikulas
Weapons
Liberation of the town
Shortly after liberation
Sacred place
War cemetery
Board with the list of names 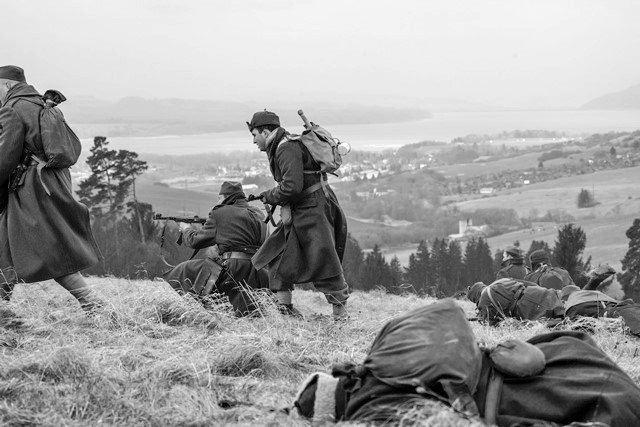 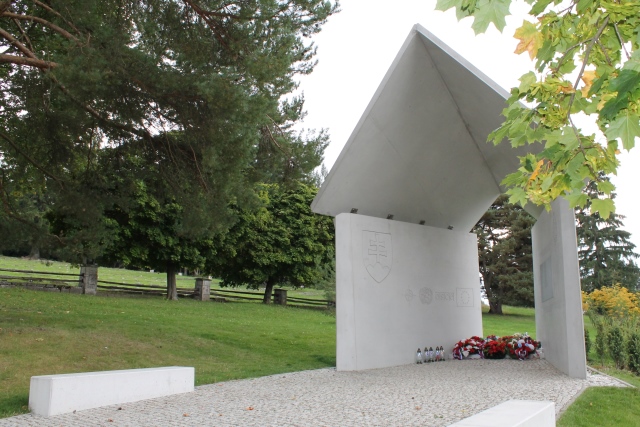 Attractions along the routes: training sets, tips for athletes on information boards.
They are ideal for healthy running, hiking or Nordic walking. They lead through the Tatras landscape with beautiful views. 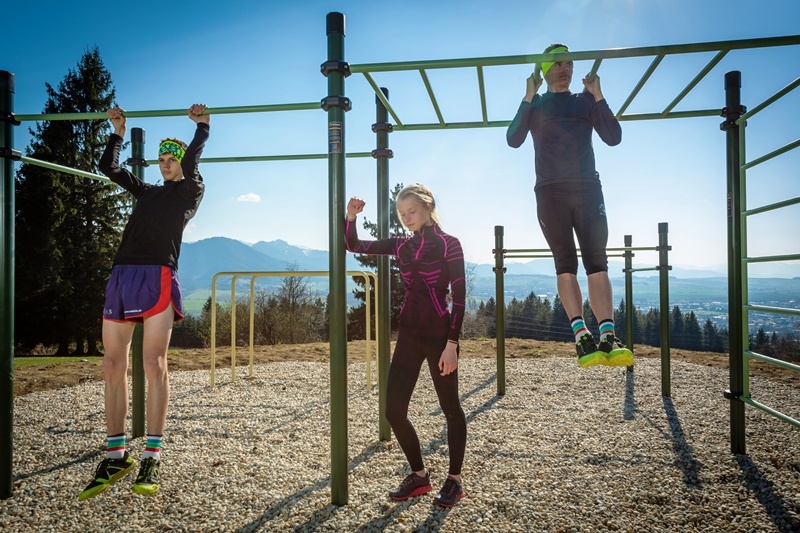 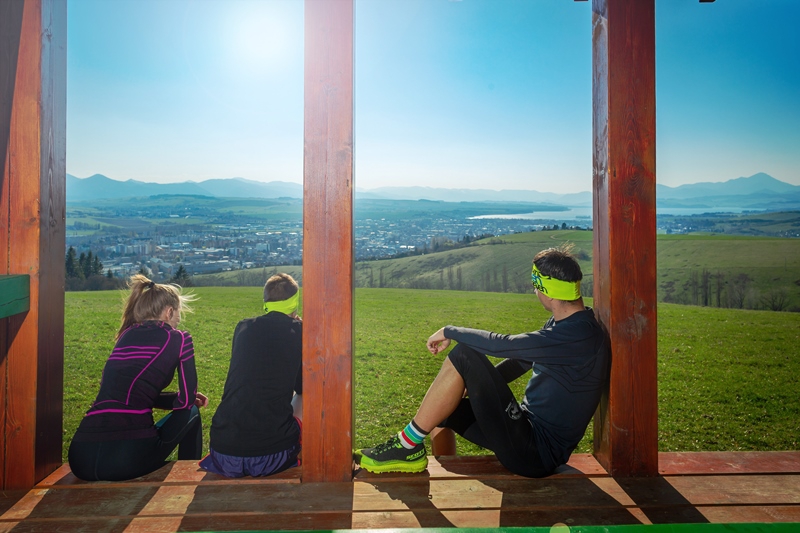 It heads from Liptovský Mikuláš - from the railway station to the Žiarska valley, with a turn to the top of Háj and a possibility to take a rest in a two bike shelters. It connects to other cycling routes leading under the Western Tatras. 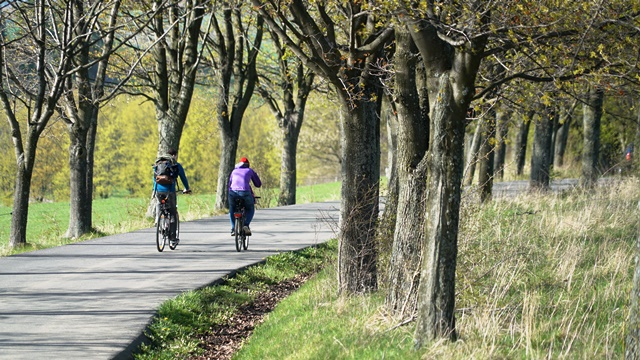 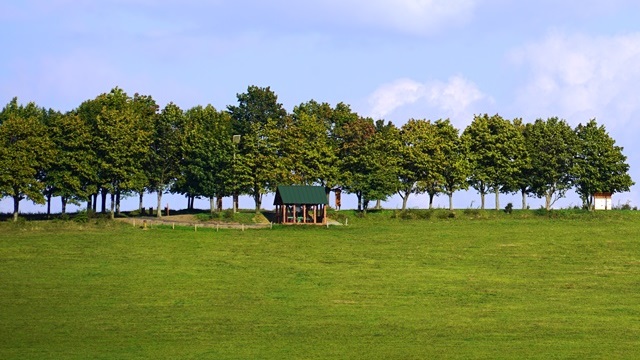 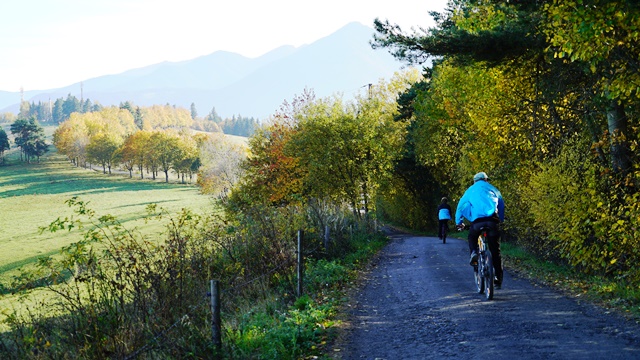