Gallery was established in 1955 and it is the third oldest gallery in Slovakia. It is situated in a very nice environment of Tranovského street, near the Protestant Church. Gallery is housed in a building from the end of the 18th century which was built for the needs of the Protestant school. Peter Michal Bohúň, painter of national revival and classic of Slovak creative art of the 19th century, worked here as a teacher in 1854 – 1865.

The building got its today’s form through neofunctionalist reconstruction in 1970s. At present you can find here four permanent expositions and an exhibition hall in which big group, collective, thematic or author exhibitions are held. The first part of exposition Staré umenie (Old Art) will introduce you the precious board paintings and plastics of high and late Gothic from Northern Slovakia, but especially from Liptov (Gothic altar from Dovalovo, altar parts from Svätý Kríž). The second part is a selection of Renaissance and Baroque paintings and sculptures; you may also be interested in the Renaissance altar from the 16th century from Okoličné. Painting of the 18th century is represented especially by aristocratic portraying. The third part consists of so called popularized Baroque forms – sculpture art of home carving workshops from the 18th and 19th centuries.

Another permanent exposition will present you the development of Slovak painting in the 19th century. It is represented above all by the portrait painting (Czauczik, Klemens), but also landscape theme of the second half of the 19th century (E. Ballo, Medňanský, Klimkovič, Skutecký, Katona). The greatest space is devoted to the creative personality of Peter Michal Bohúň. The gallery contains his 32 pictures. Collection is complemented by the works from the beginning of the 20th century that originate in the previous century with its spirit, way of artistic expression (Mousson, A. Ballo, Štetka, Čordák, Kubínyi, Halász-Hradil, Kyselý, P. J. Kern, early works of Mallý and Benka and others).

If you are interested in the modern art you should visit the exposition devoted to Slovak creative art of the 20th century. The first part concerns the founding generation of the Slovak modernism, thematically drawing above all from idealized Slovak countryside environment (Mallý, Hála, Benka, Alexy, Bazovský and others). The second part of the exposition documents the development of Slovak painting and plastic art in the second half of the 20th century in works of older and middle generation (painters Klimo, Barčík, Laluha, Kompánek, Krivoš, Paštéka, Sigetová, sculptors Rudavský, Tóth, Jankovič and others.) and the works of artists born or working in the Liptov region (painters Šimerová- Martinčeková, M. Kern, Kudlička, photographer Martinček, sculptors Groma, Ksandr and others).

The newest exposition Personalities of creative art of the 20th century presents us four important artists that connected their life and work with Liptov and the town in its heart. Their importance crossed the borders of the region and even of Slovakia. Their names are Ester Šimerová-Martinčeková, Martin Martinček, Miroslav Ksandr and Michal Kern. 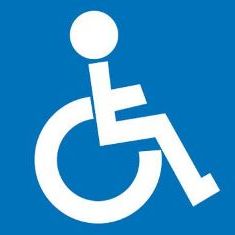